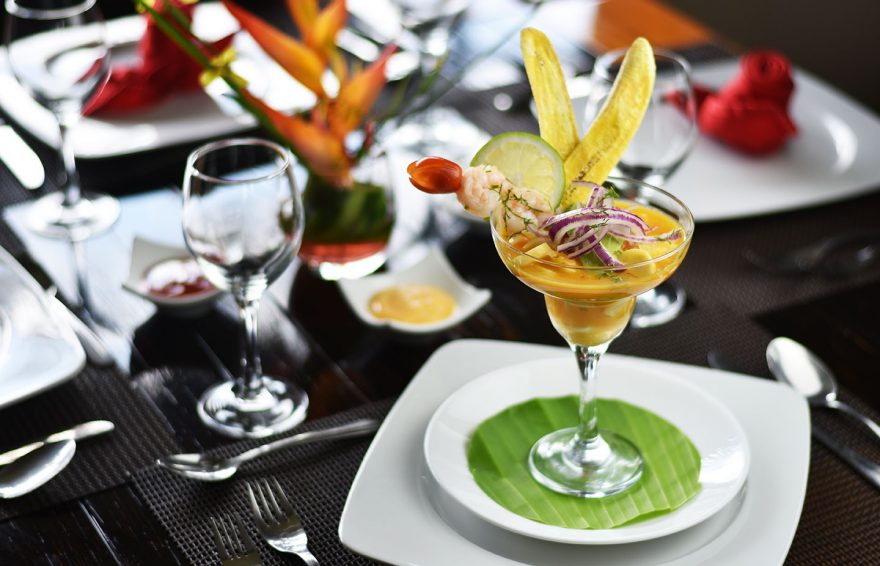 We are in the October festivities and we have to celebrate Guayaquil as it deserves. The Jewel of the Pacific has so much to offer that it delights us with its wonders every time we visit or hear from it. On this occasion it is necessary to talk about the cuisine offered by this part of the country.

Guayaquil is the cradle of many typical Ecuadorian dishes such as “guatita” or “encebollado”.  The cuisine is characterized by its variety and incorporating into its dishes flavors of the sea and the earth because the confluence of people from all over the country in its territory has caused the flavors to mix with the years.

Ceviche, although this coastal dish is consumed throughout the region, in Guayaquil there is a great variety in its preparation and ingredients.

One of most popular dishes in the season are crabs , their consumption dates back to the aboriginal cultures Las Vegas that inhabited this territory approximately 9000 years ago; However, the crab as a typical dish of the city was not established until the 50s.

Another typical dish with an ancient history is the onion with its origins dating back to the Valdivia culture 3500 BC. Centuries later, in the middle of the Spanish colonization, fish soup was sold to dockers and fishermen in the port of Guayaquil. On onion, as we know it today, it was established in 1940 when the commercialization of refrigerators became massive in order to preserve food.

As we see, the same story has been in charge of forging a delicious gastronomy that has evolved over the centuries to bring true delicacies to our tables for all tastes.

Guayaquil offers us a feast of flavors. The combination of the delights of the sea and the earth makes it always a good time to eat your typical dishes. It is for this reason that Kapari Natural Lodge, a resort in the middle of the world and also in the middle of the regions, offers you the opportunity to taste the “guayaca” food while you relax in the middle of pure nature. This October 11, 12 and 13 get out of the stress of the city in Kapari and live an experience not only with Mother Earth, but also with the flavors it offers us.

The ideal place for birdwatching